Windy Wellington: Opposite to Auckland in Almost Every Way

Windy Wellington. The antithesis to Auckland in so many ways. Auckland was originally the capital of New Zealand, but Wellington later became the capital in order to have a better meeting place for people from both islands. Wellington is on the southern tip of the North Island, just across from the top of the South Island. However, it’s hard to imagine two cities so opposite to each other that have served the same purpose at some point in time.

Auckland is the financial centre of New Zealand and everything in the corporate realm. It is a great city, but it feels much more of an American city than Wellington, which mirrors many European cities. Art and culture are intertwined in the funky capital. Tattoos and dreadlocks replace the suits and BMWs of Auckland. Even the public toilets have character. 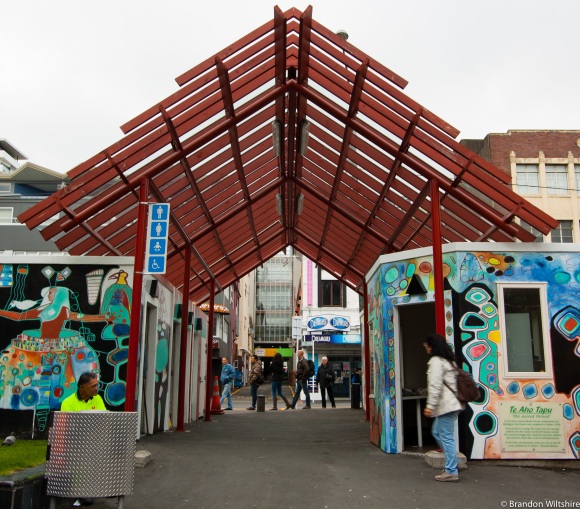 Once again, I had a minimal amount of time to see this city. I opted to take the night bus down from Auckland for the weekend. Twelve hours overnight on a bus is not ideal, but it proved to be much more comfortable than some other nighttime bus adventures I had suffered through. I arrived at 7 a.m. Saturday morning, just in time to take a walk down Cuba Street to find a delicious breakfast and regroup for the day.

Wellington is a fairly small city, but the downtown area actually feels much larger than the centre of Auckland. Cuba Street is one of the livelier parts of the city, and the best place to head for a wide range of culinary choices. Auckland has a lot of cafes. They mostly have a swanky, sophisticated feeling which I don’t particularly care for. Cuba Street’s cafes are much more eclectic. They have soul and heart. The inner-hippie in me felt at home. I stopped off at a cafe for a one of the best cappuccinos that I have ever had. I like coffee. I really enjoy a nice shot of espresso. However, I don’t consider myself to be experienced in the field of coffee. But damn that was a good cup of joe. I added a scrumptious plate of eggs benedict served on homemade hash browns. Best breakfast I had in New Zealand and maybe the best of my life. Unfortunately, I was too tired and forgot to get the name of the cafe before I left. 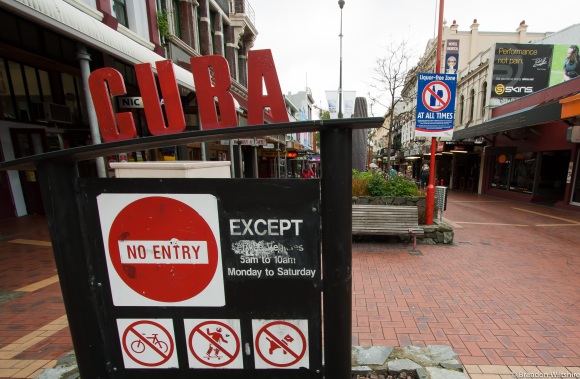 Next, I found my hostel. Typical Kiwi fashion. Many people around, but I couldn’t find anyone who actually worked there. I told some random person that I needed to check in. He looked at me as if I were crazy and said (pointing to the guy sleeping on the couch) maybe he can help you. Finally, someone emerged to take my money and show me to a bed. Not the best, but a place to sleep is about all I require these days.

Te Papa (The Museum of New Zealand) found its way into my agenda after that. The weather was subpar at the moment, so a detour inside for a while was fine by me. The museum was actually very interesting and I recommend it for anyone heading to Wellington. It’s an informative experience about the history of New Zealand, with a lot of Maori art included as well.

The home of parliament has a very interesting architectural design, somewhat aptly named the beehive. While I was exploring the outside of the governmental buildings, I discovered that they were running tours of the premises and I was just in time for the next one. Being from America with a totally different system of government, I learned a lot from the quick tour I received. Of course, I didn’t admit that I hailed from the States. I receive enough criticism for being American as it is. No need to attract more attention than necessary. 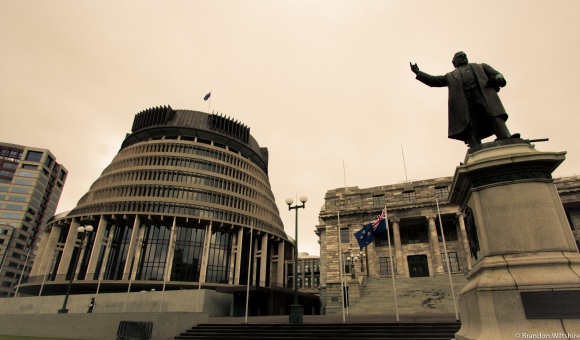 As the weather cleared and the sun came out, I decided to take a stroll around the harbor. I ventured through a weekend market where people where selling all kinds of homemade goods. I walked all the way down the water and eventually found my way back to the train station where I had started my morning off. Time to stop and take a few pictures.

The cable car is an iconic symbol of Wellington. In hindsight, it was probably a waste of money. At least I did it though. The cable car will drop you off at the entrance to the city’s botanical gardens and from there you can slowly make your way back down the mountain, weaving in and out of the gardens and different bush walks. 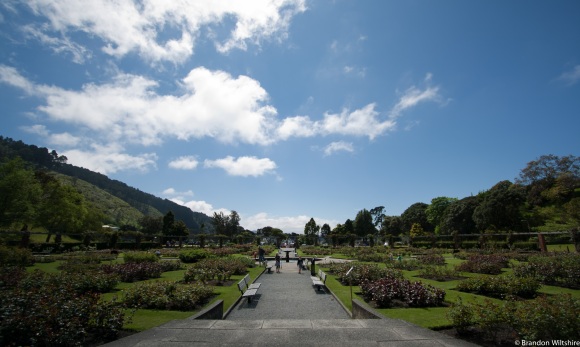 A great way to finish off your day is by hiking up one of the mountains that surrounds the city. Take your pick. There are plenty around and they are fairly easy to trek up. You’ll be afforded beautiful, 360º views.

…..and maybe even catch a captivating Wellington sunset. 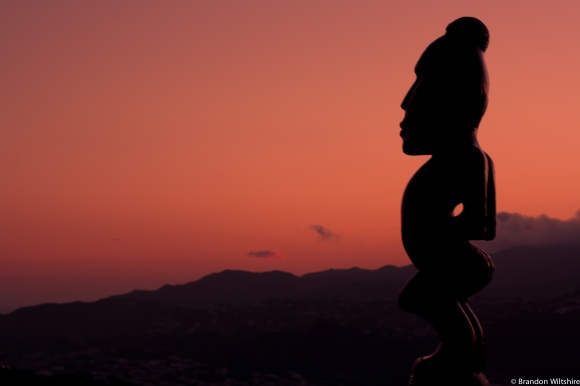 I only ended up staying in Wellington for a total of 36 hours before I had to return back to Auckland for the Monday grind. The only complaint I might have about the city is it actually seems to have less going on during the weekends than Auckland does. But if all else fails, there’s always people down on Cuba Street.

Another city. Another adventure. Another set of memories.

Next time on This Is My Travel Blog – New Zealand: The mountainous paradise of Queentown

4 thoughts on “Windy Wellington: Opposite to Auckland in Almost Every Way”

what's on your mind? Cancel reply